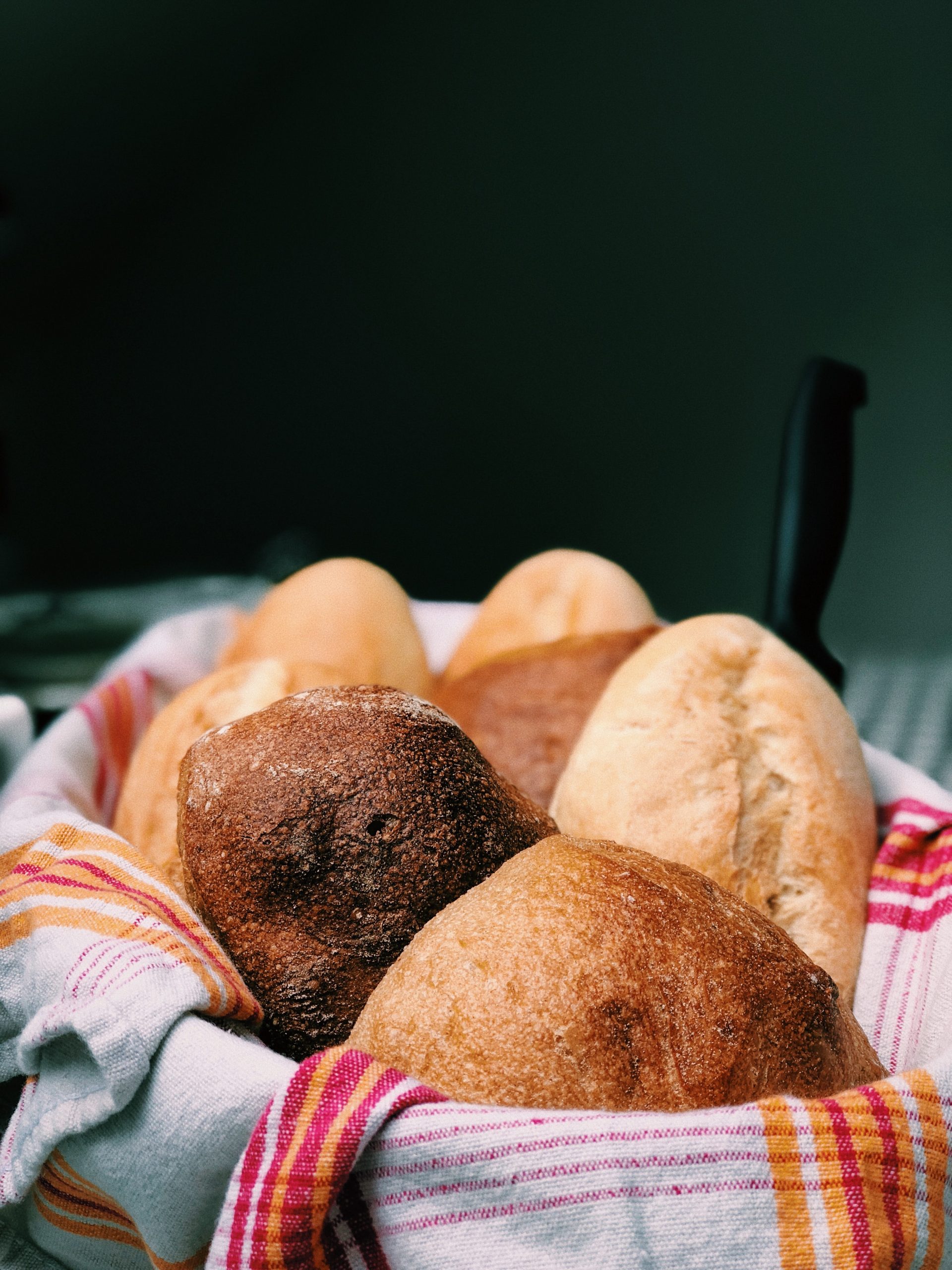 I hope that what follows will help you in spending time worshipping the Lord at home.

You might also like to spend some time praying for the church, the world, and those whom you know who are in particular need

Lord God,
your Son left the riches of heaven
and became poor for our sake:
when we prosper save us from pride,
when we are needy save us from despair,
that we may trust in you alone;
through Jesus Christ our Lord.

6 Some time after this, Jesus crossed to the far shore of the Sea of Galilee (that is, the Sea of Tiberias), 2 and a great crowd of people followed him because they saw the signs he had performed by healing those who were ill. 3 Then Jesus went up on a mountainside and sat down with his disciples. 4 The Jewish Passover Festival was near.
5 When Jesus looked up and saw a great crowd coming towards him, he said to Philip, ‘Where shall we buy bread for these people to eat?’ 6 He asked this only to test him, for he already had in mind what he was going to do.
7 Philip answered him, ‘It would take more than half a year’s wages[a] to buy enough bread for each one to have a bite!’
8 Another of his disciples, Andrew, Simon Peter’s brother, spoke up, 9 ‘Here is a boy with five small barley loaves and two small fish, but how far will they go among so many?’
10 Jesus said, ‘Make the people sit down.’ There was plenty of grass in that place, and they sat down (about five thousand men were there). 11 Jesus then took the loaves, gave thanks, and distributed to those who were seated as much as they wanted. He did the same with the fish.
12 When they had all had enough to eat, he said to his disciples, ‘Gather the pieces that are left over. Let nothing be wasted.’ 13 So they gathered them and filled twelve baskets with the pieces of the five barley loaves left over by those who had eaten.
14 After the people saw the sign Jesus performed, they began to say, ‘Surely this is the Prophet who is to come into the world.’ 15 Jesus, knowing that they intended to come and make him king by force, withdrew again to a mountain by himself.
16 When evening came, his disciples went down to the lake, 17 where they got into a boat and set off across the lake for Capernaum. By now it was dark, and Jesus had not yet joined them. 18 A strong wind was blowing and the waters grew rough. 19 When they had rowed about three or four miles,[b] they saw Jesus approaching the boat, walking on the water; and they were frightened. 20 But he said to them, ‘It is I; don’t be afraid.’ 21 Then they were willing to take him into the boat, and immediately the boat reached the shore where they were heading.

I was once talking with someone about the work I used to do with refugees, and I mentioned that the particular project I was involved with was responsible for giving out about 2,000 meals a day. Their reaction was “A bit like the feeding of the 5,000!” Well, it wasn’t really – we started with a whole lot more that 5 loaves and 2 fishes; but it does go to show just how well known this story is.

Perhaps it’s not surprise that this deed of Jesus is so well known – it certainly catches the imagination. But more than that, it’s obviously an event that the early Christians thought was hugely significant.

The feeding of the 5,000 must have been very significant, as it is the only event from Jesus ministry before his triumphal entry into Jerusalem that is mentioned in all four gospels.

The reason for this? Well, the feeding of the 5,000 is actually far more than just a case of Jesus feeling sympathetic towards a crowd of people following him who were a bit hungry. Yes, of course Jesus felt sympathetic, but the real significance of this is far deeper.

As we read the story, it’s clear that Jesus’ intention was to do more than just feed the people. He asks Philip what he will do to feed the people as a test, knowing full well what he was about to do.

In his Gospel, John records just 7 miracles of Jesus before his death and resurrection and he speaks of each one as being a sign. John makes clear that Jesus did far more than is recorded in his Gospel; but the miracles, the signs, that John includes are there because they tell us something very important about Jesus.

Since the time of Moses, the expectation had grown in Israel that there would come a prophet as great as Moses – the Messiah, or Christ. As Moses had fed the people of God in the wilderness, so the expectation was that this new prophet would feed God’s people.

So, as Jesus sits the people down, and very deliberately feeds them with the bread and the fish from the boy’s pack lunch, he is actually making a very clear statement about who he is, and the work that God has given him. This feeding of the 5,000 was a clear sign, and one that would be understood by those who saw it. Rather as Jesus used to end many of his parables with the words “Let he who has ears, hear,” so we can almost hear the unspoken words “Let he who has eyes, see.” as this event proclaims Jesus to be the Messiah, the Chosen One of God.

And, evidently people did get the message in what Jesus did, for the word went round, saying “Surely this must be the prophet who was to come into the world!”

If you follow the story through in John’s Gospel, Jesus further explains the significance of what he’s done as he talks with the disciples, and explains to them that he is the bread of life.

As we read this story, then, it serves as an assurance that Jesus is who we proclaim he is – the Christ, the Son of God. To recall the feeding of the 5,000 is to be reminded of the fact that Jesus is the long-awaited Messiah.

It is of course, no co-incidence that each week in our worship in church we celebrate and proclaim afresh who Jesus is through another shared meal – this Communion service. As we share in the bread and the wine, we recall the death and resurrection of Jesus; the events which give us forgiveness and life, and more powerfully than any other, demonstrate that Jesus is indeed the Son of God.

As well as being an encouragement to faith, it is also a challenge to faith. I say that, because it offers an insight into the way that God works, and in particular, our part in that work.

Put yourself in the shoes of the disciples for a moment. Surrounded by a hungry horde – what are we going to do about food, Lord?! That’s the gist of Philip’s question, and it’s a question that Jesus allows him to ask. Look at the sheer size of the problem!!

Andrew chips in with what, at first sight, seems a ridiculous contribution – five bread rolls and a couple of fish – for 5,000!

But no, Jesus takes that, and all of a sudden the power and the glory of God are made evident.

There are plenty of signs of God’s glory and presence today, and the way they happen isn’t all that dissimilar.

We find ourselves up against something we really can’t handle, something we feel we simply haven’t the resources to cope with. We have to allow ourselves to ask, like Philip, “Lord, what can we do?” Jesus, we’re told, tests Philip, allowing him to ask the question. There are so many different situations, aren’t there, that come to us as a test, that prompt that question “Lord, what can we do?”

But then, we need to be like Andrew, and offer what we can – even if it is seemingly hopelessly inadequate. We need to take the risk of appearing a bit daft as we offer what we have to God.

Because, it’s only when that’s done, that we can see the true glory and power of God as he takes what are ludicrously inadequate resources in human terms, and uses them to do his will.

The challenge to faith, is to offer what we have, and to see what God will make of it.

May this story of the feeding of the 5,000 both encourage and challenge your faith today.

The Lord bless you and watch over you,
the Lord make his face shine upon you
and be gracious to you,
the Lord look kindly on you
and give you peace;
and the blessing of God almighty,
the Father, the Son, and the Holy Spirit,
be among you and remain with you always.
Amen.