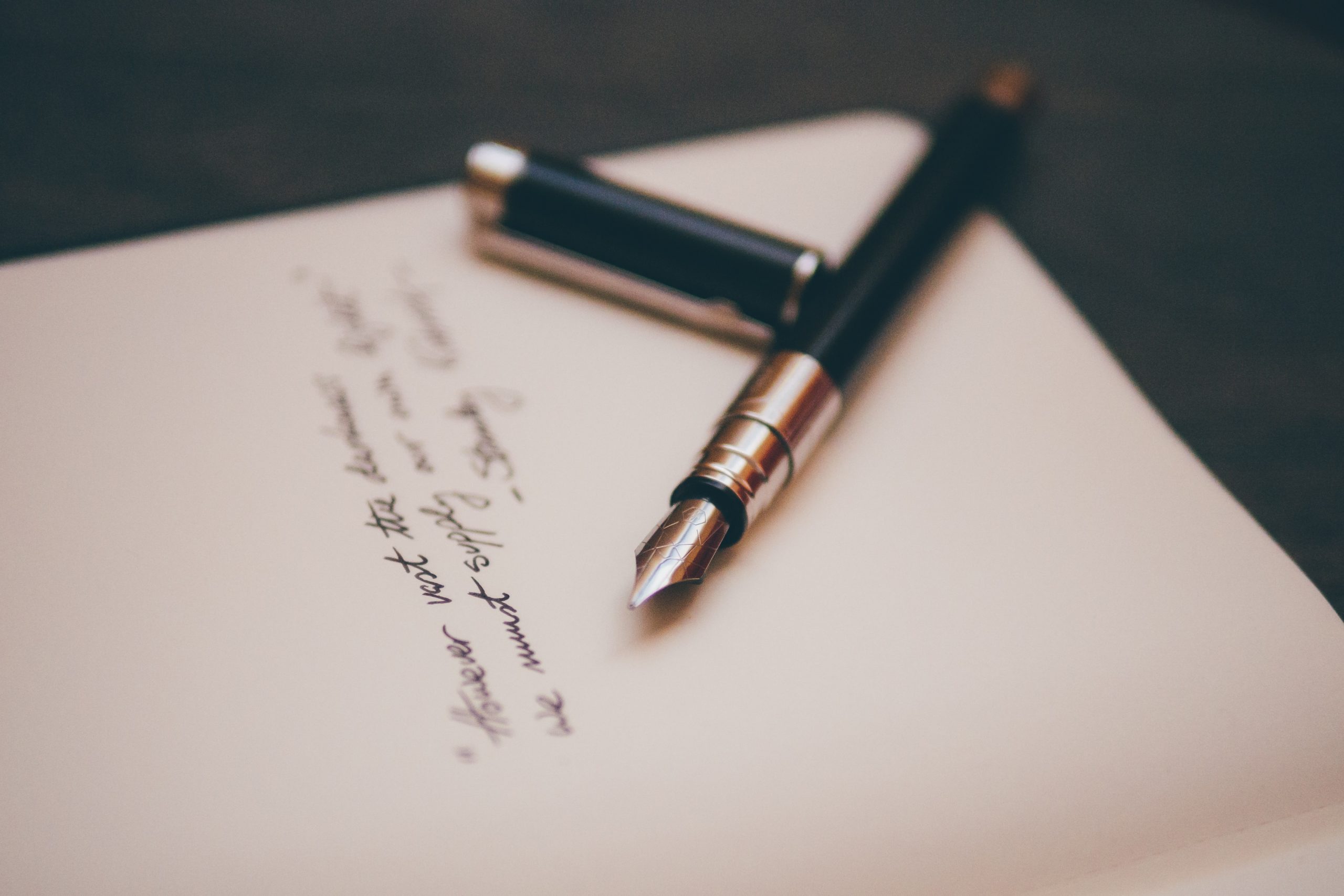 I hope that what follows will help you in spending time worshipping the Lord at home.

You might also like to spend some time praying for the church, the world, and those whom you know who are in particular need

who sent your Holy Spirit

to be the life and light of your Church:

open our hearts to the riches of your grace,

that we may bring forth the fruit of the Spirit

in love and joy and peace;

through Jesus Christ your Son our Lord,

who is alive and reigns with you,

in the unity of the Holy Spirit,

one God, now and for ever.

4 As a prisoner for the Lord, then, I urge you to live a life worthy of the calling you have received. 2 Be completely humble and gentle; be patient, bearing with one another in love. 3 Make every effort to keep the unity of the Spirit through the bond of peace. 4 There is one body and one Spirit, just as you were called to one hope when you were called; 5 one Lord, one faith, one baptism; 6 one God and Father of all, who is over all and through all and in all.

7 But to each one of us grace has been given as Christ apportioned it. 8 This is why it[a] says:

‘When he ascended on high,
he took many captives
and gave gifts to his people.’[b]

9 (What does ‘he ascended’ mean except that he also descended to the lower, earthly regions[c]? 10 He who descended is the very one who ascended higher than all the heavens, in order to fill the whole universe.) 11 So Christ himself gave the apostles, the prophets, the evangelists, the pastors and teachers, 12 to equip his people for works of service, so that the body of Christ may be built up 13 until we all reach unity in the faith and in the knowledge of the Son of God and become mature, attaining to the whole measure of the fullness of Christ.

14 Then we will no longer be infants, tossed back and forth by the waves, and blown here and there by every wind of teaching and by the cunning and craftiness of people in their deceitful scheming. 15 Instead, speaking the truth in love, we will grow to become in every respect the mature body of him who is the head, that is, Christ. 16 From him the whole body, joined and held together by every supporting ligament, grows and builds itself up in love, as each part does its work.

24 Once the crowd realised that neither Jesus nor his disciples were there, they got into the boats and went to Capernaum in search of Jesus.

25 When they found him on the other side of the lake, they asked him, ‘Rabbi, when did you get here?’

26 Jesus answered, ‘Very truly I tell you, you are looking for me, not because you saw the signs I performed but because you ate the loaves and had your fill. 27 Do not work for food that spoils, but for food that endures to eternal life, which the Son of Man will give you. For on him God the Father has placed his seal of approval.’

28 Then they asked him, ‘What must we do to do the works God requires?’

29 Jesus answered, ‘The work of God is this: to believe in the one he has sent.’

30 So they asked him, ‘What sign then will you give that we may see it and believe you? What will you do? 31 Our ancestors ate the manna in the wilderness; as it is written: “He gave them bread from heaven to eat.”[a]’

35 Then Jesus declared, ‘I am the bread of life. Whoever comes to me will never go hungry, and whoever believes in me will never be thirsty.

Quite often, reading Paul’s letters is a bit like listening to one end of a telephone conversation. We get to hear what Paul is saying, we know that what he’s saying is in response to what’s happening at the church he’s writing to – but we have to take an educated guess as to what exactly that is.

But Ephesians is different. It’s a much more general letter, it doesn’t relate to specific issues in one church. As such, it’s likely to have been a letter that was circulated to a number of churches, containing a summary of Paul’s teaching. That does mean that it’s much easier to apply what Paul is saying to ourselves, and our situation.

So, what does this have to say to us today?

The last part of the letter (from chapter 4 to the end) is all about Christianity in action – or how we live out our faith. The verses from our first reading have, at heart, a simple yet important message: Christians should be united. That doesn’t mean we should all be the same, but it does mean that we should live in unity with each other. Given that we live in times when it seems as if there are more and more disagreements amongst Christians this is possibly a rather timely passage to be thinking about.

So, where does this need for unity come from? Well, it comes from our calling. We’re all called by the Lord. Called to turn aside from evil, and turn towards Jesus. That’s something that comes out very clearly in our baptism services. Christians are simply people who’ve heard that call from Jesus, and responded. We are all forgiven sinners – and that’s something which unites us, and makes us one with each other. So it is that Paul says we need to treat each other with humility, gentleness and love. What makes us one is that we are all people who’ve heard and responded to that call.

The need for unity also comes from the nature of the one who calls us: God himself. Of all the Gospel writers, it’s John who perhaps more than the others makes clear the unity of purpose and will that exists between God the Father, Jesus Christ and the Holy Spirit. In our Gospel passage, as Jesus talks to those who tagged along after him following the feeding of the 5,000, yet again we get a sense of the close relationship that exists between him and his heavenly Father. “The work of God is this: to believe in the one he has sent.”

God is one; there is unity within God. Therefore, if we claim to be disciples of Jesus – people who love the Lord – then we should display the unity which is a part of the nature of God himself. One Lord, one faith, one baptism – so we should likewise be one.

But oneness isn’t sameness. Unity is not the same as uniformity. You only have to look at any church to see the truth of this. We may be one – but we are all very different, and we all have different roles to play. Apostles, prophets, evangelists, pastors and teachers are some of the roles that Paul mentions. Different people fulfil different roles. And, of course, the same is true for us here today. Not everyone’s called to be a preacher (thank goodness you might be thinking!), not everyone’s called to serve on the PCC …. But the point is that, together, we work for God’s kingdom, we work to build up the church. Why do we do this? Well, Paul says, we do it so that we might reach unity in faith.

In order to describe how it is that we work together in our different roles for one purpose, Paul likens the church to a body. Lots of different constituent parts, and yet one body. We might look around at ourselves and our fellow church members at times and think: we’re a bit of a motley crew. Motley or not, the fact is we belong together, and we share an identity and a purpose in being disciples of Jesus Christ.

This business of finding unity turns out to be a process, rather than an overnight thing. From what Paul says here, it is as we grow in knowledge of Christ, and in spiritual maturity, that we become more like Christ, and so more at unity with each other. the more mature we are, the more united we are, the better able we’ll be to stand against the pressures that seek to distract and divide us.

How should we live as Christians? The simple message from these verses is: we should live in unity one with each other. I say simple – but of course the truth is that growing and living in unity is something that we may find to be extraordinarily difficult.

But it is important.

It is important now, just as it was important when these words were first written.

We may feel that we live in particularly difficult times for Christian unity, with divisions and disagreements over aspects of church leadership, over how we interpret scripture, over what constitutes an authentic Christian lifestyle and so on. Indeed, these are difficult times, and I hope and pray that the huge strides in ecumenism of the last century aren’t overturned in a fresh wave of disagreement and schism.

But the early church was also a church that knew all too well how easy it is for Christians to disagree – and you simply have to read some of Paul’s other letters to see the truth of this. There were all sorts of issues that Christians struggled with and disagreed over.

Which is precisely why here and elsewhere, Paul is moved to write about the importance of Christian unity.

As we grow in Christian maturity and knowledge, so we should grow into a greater unity. For what unites us is far more than that which divides us.

We have a common calling, we follow a God of unity, we belong together as Christians whose gifts and talents complement each other in the service of God.

Paul is sometimes hard to understand. But the message of this passage is clear and straightforward. As Christians, we are called to live together in unity.

Now may the blessing of God the Father,

who made from one every nation that occupies the earth;

of God the Son who bought us for God

from every tribe and language and people and nation;

and of God the Spirit who brings us together in unity,

be with us and remain with us always.